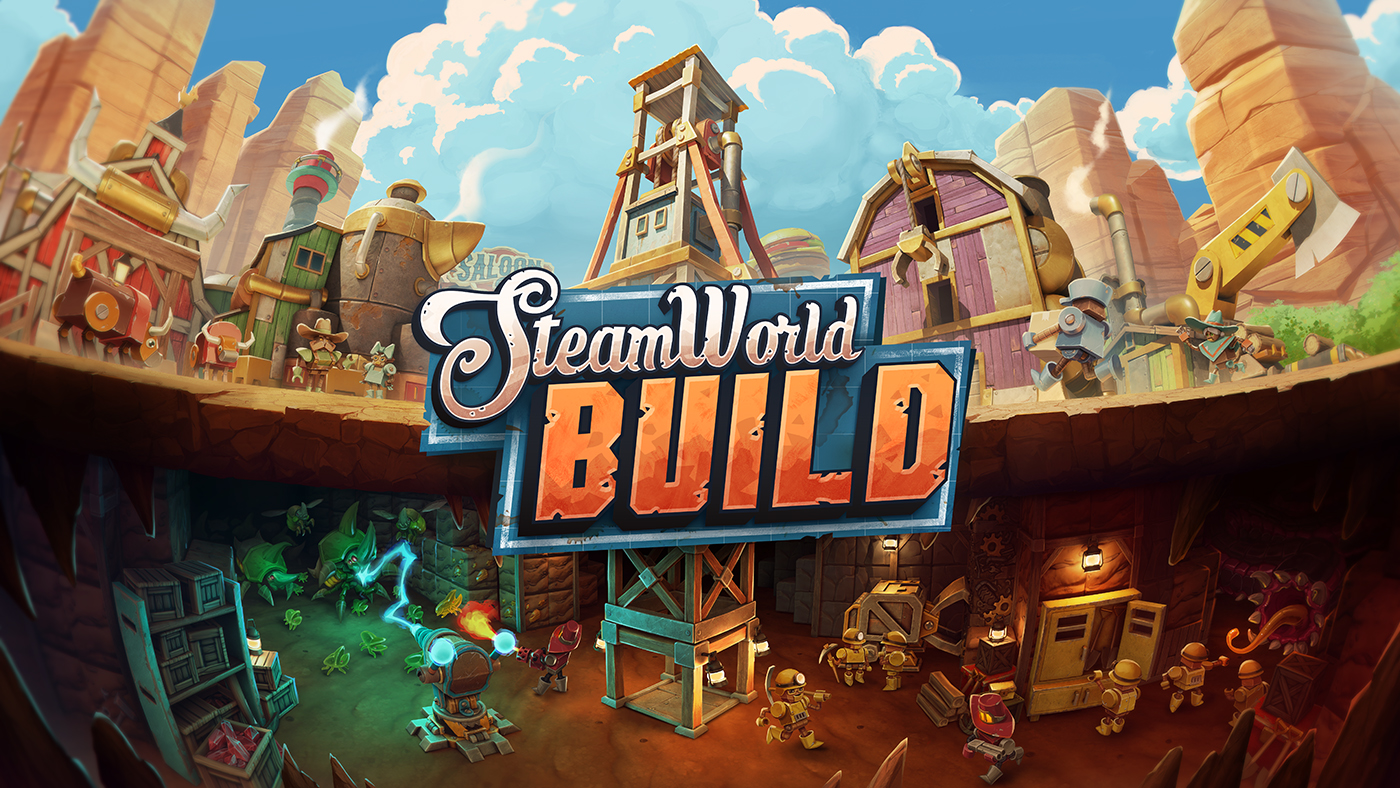 The robots take a very different path in their latest game

SteamWorld games have been good at changing genres, going from Dig Dug-likes to turn-based tactical platformers to card-battlers and back again. Developers Thunderful Games love to push and expand the IP across as many ideas as wavelengths as possible — and so it’s almost IMpossible to guess whatever the company will come up with next. Needless to say, I wasn’t expecting a Sim City/Dungeon Keeper hybrid to be the next foray.

During a special presentation, the devs formally took the wraps off of SteamWorld Build. Set back in the robot Western time period (the sequels GO PLACES) the game tasks players with building a town out of resources that are mined from below. The mining requires as much managements as the building of the town above, as players will not only need to gather resources but also take on enemies that pop up, and then build up the town in hopes of developing a rocket that can take them off the slowly dying planet. The game takes place alongside the events of SteamWorld Dig 2, so there will be a narrative that guides the player towards the ultimate goal.

The whole thing is based in 3D, which is a first for the normally 2D franchise.

Surprisingly the game is due later in 2023 with a demo now available on Steam. It’ll make its way to essentially every platform (PlayStation, Switch, Xbox, and PC). But that’s not all for SteamWorld: there are even more games on the way, such as HeadHunter, a puzzle game, and others.