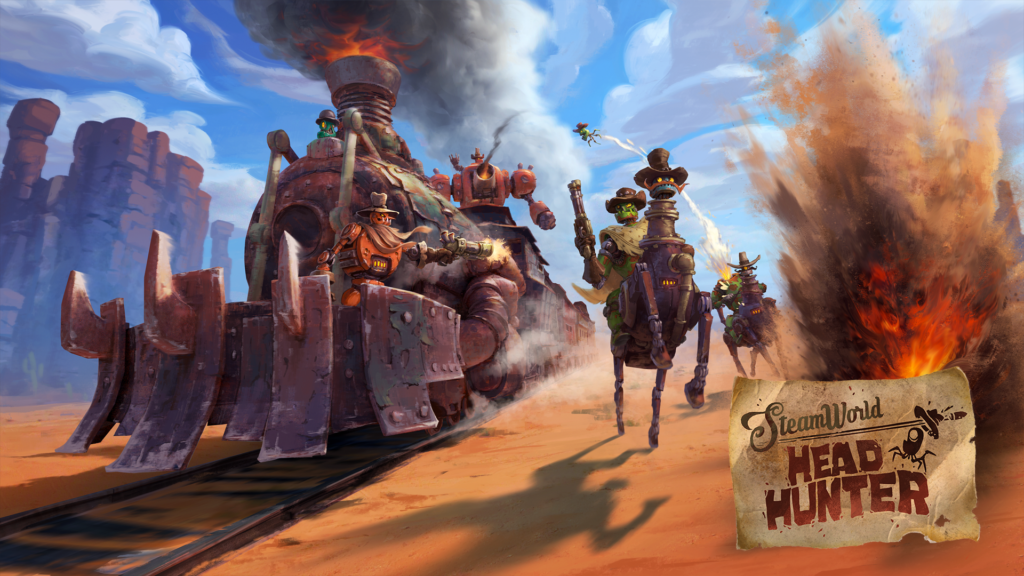 Third person action game is a first for the series

During its Thunderful World stream event today (hosted by Actor Mark Hamill, whom most people will recognize from his role as Jim the Vampire in What We Do in the Shadows), Thunderful Games revealed the next project in its storied SteamWorld franchise.

SteamWorld Headhunter takes the steampunk robots back into a western-themed world, this time out of the confines of their two dimensional vantage point. The game, which the developer describes as an action-adventure, will full 3D movement and co-op play, with a twist. Hint: you’re popping off and acquiring the heads of other robots, but we don’t know why just yet. Maaaaybe you can stick those heads on other objects, like robo-horses, for various effects and abilities. Maaaaybe we’re way off in that assumption.

Who knows! Color us intrigued, though. We’re fans of the series, giving Dig 2 and Quest great reviews, so the bar is high for quality.