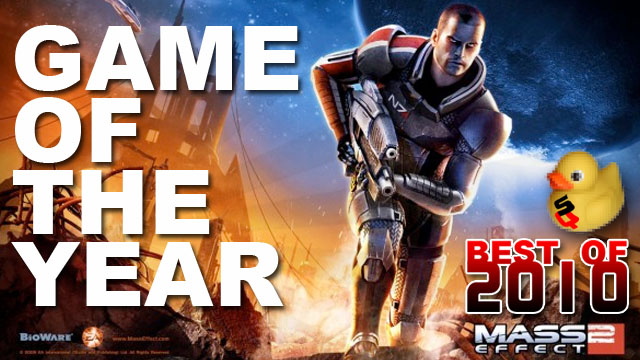 Over the holidays, I had a discouraging conversation with one of my dearest friends about where he stands with respect to modern gaming. As a devout JRPG fan, he expressed his concern to me over his recent feelings while standing in his driveway.

“I feel like video games are evolving, and I’m not evolving with them,” he said. “The only game that I’m interested in playing right now is Lost Odyssey, and I don’t even have a 360.”

“I think that’s where you’re at too. Most of your current favorite games are JRPGs on the DS,” I explained. “You have to give these modern RPGs a try. Mass Effect 2 is coming out on the PS3 soon.”

“Yeah, but I don’t like how there are many paths you can take to get to the ending, and how you don’t necessarily know what you’re doing to get the best stuff,” he said.

“What does that matter?” I asked.

It doesn’t. The rest of the conversation went downhill in terms of swaying my pal. It’s frustrating because that’s where Mass Effect’s strength is, and he seemed blind to it.  The fact that there are many paths through the story isn’t a weakness.  Mass Effect 2’s strength is that it convinces you that your path is the only thing that matters. What you make out of the game isn’t in a weapons list found in some strategy guide, nor is it what sidequest you can do to get the best ending in the game. To paraphrase Joystiq’s Ludwig Kietzmann: Mass Effect 2 fulfilled the promise of its predecessor.  Mass Effect would remember the decisions you made and bring them over to the sequel, promising a unique experience for everyone playing through the trilogy. There’s no bad ending or good ending. There’s only your ending — your story.

It’s what you, the player, makes of the universe that BioWare has created for you. It’s the decisions that you make — what you choose to do and choose not to do — that sets Mass Effect 2 above any other game that was released in 2010.

The influence you had as Commander Shepard highlights how existential the Mass Effect series can be.  Your actions will have an effect on the galaxy, and you must take responsibility for them.  And therein lies the real question: How is it that BioWare has manipulated us into caring so much about their fictitious world? 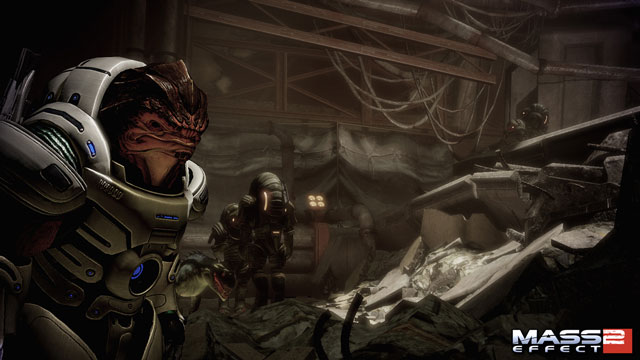 For the full experience, Mass Effect 2 has one prerequisite: Play through the original Mass Effect. BioWare had created their game so that the decisions you initially made would carry on to the following titles. Like moving all of your stuff into a nicer, bigger house, Mass Effect 2 improved upon many of the original’s shortcomings and remembered how you left your universe when you put it down.  Players who brought their saves over to Mass Effect 2 already had a lot invested in the story. Mass Effect 2 brought us an authentic role-playing experience. You are Commander Shepard, and you’re out to save the galaxy in your own way.

Mass Effect 2 made you the main character. As Commander Shepard, you cared about what happened in your game. For example, I spent most of the first half of the game looking for Wrex, my go-to guy and best friend in the first Mass Effect. Once I found him, I looked forward to catching up and seeing how he’s been. Mass Effect 2 made you care about your crew and the decisions that would influence them. When you went back to do a character mission, you weren’t doing a sidequest. You were helping this person tie up some loose ends in their life.

For the readers who aren’t feeling me on this, did you happen to miss your opportunity to hug Leonardo in Assassin’s Creed II? And didn’t you feel awful? In short, that’s what I’m talking about — a game’s ability to tap into your feelings and make you really care. And that’s why Mass Effect 2 is our top pick for the year; it made you care the whole time.

Since it was released in January of 2010, I waited all year for a game to take it down from my number 1 spot. That never happened. Mass Effect 2 delivers one of the finest role-playing experiences you’ll find on any modern console. I wasn’t around when the original Star Wars Trilogy came out in theaters. But thanks to the Mass Effect series, I now know what it was like to wait for Return of the Jedi to arrive. Hopefully, by that time, my friend will come around and be waiting in anticipation for Mass Effect 3 with the rest of us.