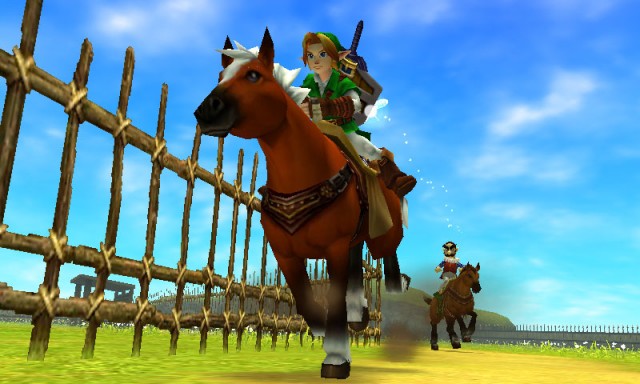 With final exams administered and grades turned in, I’ve finally found an extra minute to write about my hands-on time with The Legend of Zelda: Ocarina of Time on the 3DS.  In the same way that I’ve had the privilege of gauging how much my students have learned over the year, I got a chance to see what new technology has done for one of gamers’ most beloved Zelda titles.

While the 3DS does employ a few tricks to make the experience slightly more immersive, I couldn’t help but feel like the overall experience wasn’t very different from the version that was originally released on the N64.  But that’s my (new-found) the problem: What exactly is one to ask of a re-make?

The Legend of Zelda: Ocarina of Time on the 3DS is visually superior to its predecessor.  Cranking the 3D up makes the experience more immersive by adding depth to the in-game environments.  Since the 3D has been coupled with new, more-detailed textures, the Kokiri Forest and Deku Tree that I explored on the 3DS were more lively than the versions I explored in middle school.  I did get that “wow’ feeling at the first sight of Link in front of the Deku Tree, in 3D.

Young Link also gains a visual upgrade, looking almost as though he has been lifted from Super Smash Bros. Melee, free run in circles and no longer constrained to his 2-dimensional shackles.  On the visual front, Ocarina on the 3DS is a perfectly competent re-make. 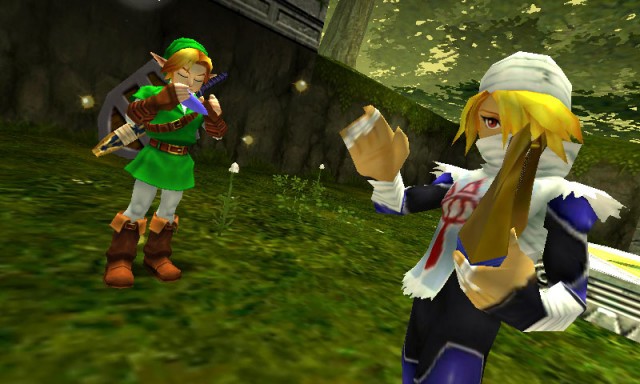 Ocarina of Time doesn’t have much more to offer than the original with respect to the gameplay.  Weapons can be mapped to the X and Y buttons, and some functions (like switching to first-person view) are mapped to buttons on the touch screen.  Aiming and looking around while in first-person view uses the 3DS’ new technology to turn the console into a handheld window into the game.  By selecting the first-person view button on the touch screen, you can actually hold the 3DS up and move it around to explore the environment from where Link stands.  Turning the 3DS and looking through it to the left, lets you see what’s to the left of Link.  Pointing it upwards and looking through it lets you see what’s above him.  Although neat at first, I can see this feature being tiresome (especially when playing in public).  This was reminiscent of blowing into my DS to interact with Phantom Hourglass.  Both came off as gimmicky features that lacked game-changing depth. 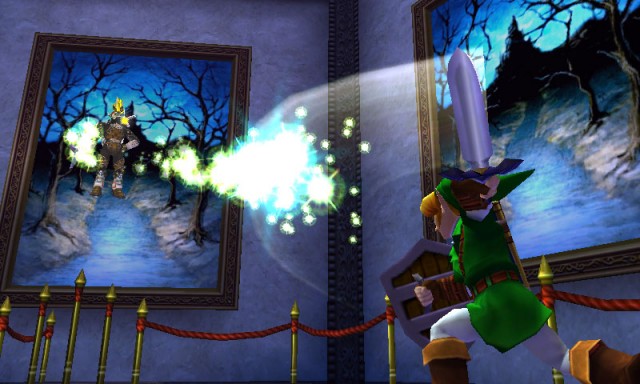 People who have that special connection with Ocarina of Time and find themselves breaking out the N64 to do an annual speed-run before Thanksgiving dinner will (and should) be looking forward to this game.  It’s a better-looking, handheld version of the game they know and love.  A big Zelda fan like myself sees a lot of potential in a fully 3-dimensional version of the Water Temple.

However, I can’t help but fault the game for what it is — a remake.  It’s difficult for me to explain, especially since the Resident Evil RE-make on the GameCube still stands as one of my favorite games of all time.  That only offered some extra bits of content and greatly-improved graphics, just like Ocarina 3D does. 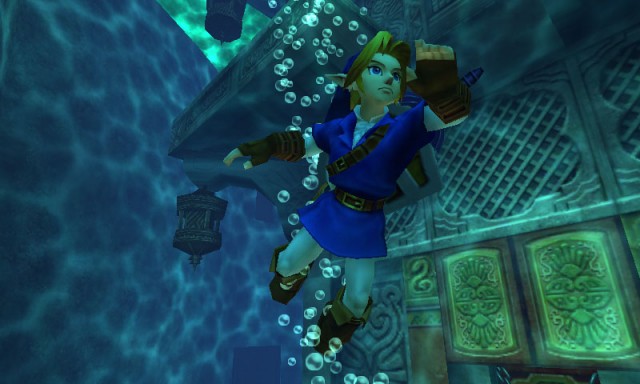 Perhaps it comes down to perception.  I walked up to the Nintendo booth, not really expecting much more than a remake.  And during that 20-30 minutes with the game, all I got was a re-make.  What’s frustrating is that I can’t blame the game for what it is.  What does one ask of a re-make?  Should it stay true to the original game?  Should it bring something groundbreaking to the table?

Ocarina of Time 3D wasn’t groundbreaking.  However, it does stay true to the original which essentially makes it an excellent game.  Perhaps that sentiment alone makes the game worthy of your hard-earned money. 3DS owners would do well to purchase this as it would absolutely add a good game to that 3DS library that they’re trying to build.

Maybe I needed more than 30 minutes, but I was disappointed; I wanted more.  The sense of depth Ocarina of Time on the 3DS offered is the depth that 3DS owners deserve, but not the depth that I needed.

This review is based on the 20-30 minute demo of The Legend of Zelda: Ocarina of Time that was available at PAX East.