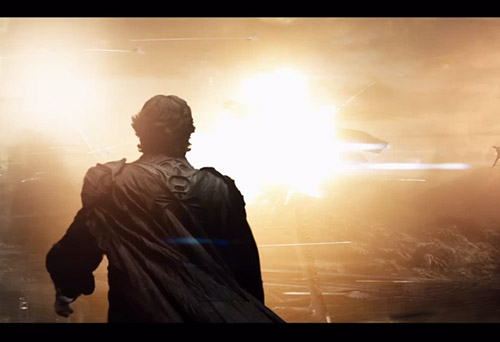 The latest Man of Steel trailer is up, and it’s pretty damn epic. This time, we get to see Superman’s homeworld in its final breaths of destruction. We’re treated to great words from his Kryptonian father, played by Russell Crowe, and even greater words words by his human father played by Kevin Costner. We see General Zod, Lois Lane (played by Amy Adams) and the meaning behind Superman’s “S” on the shield. Hint: it’s not “Superman”.

It’s amazing, isn’t it? Get the popcorn. June isn’t too far away.