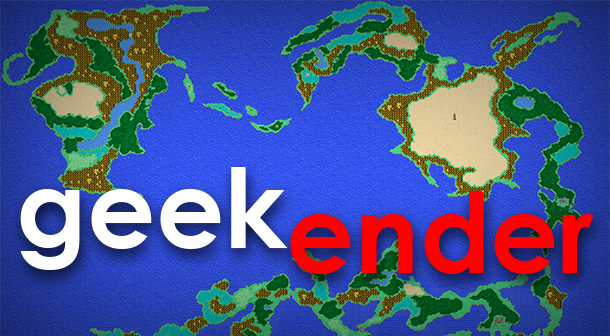 Team SideQuesting is made up of some pretty amazing writers and content creators. Yes, they write about games for this little site, but they also spread their their wings as often as they can — we encourage it! In fact, the amount of talent in these folks is pretty astounding, and it’s great to read what they’re writing when they get as many chances as possible.

So, read up on some of this week’s great work, and we’ll continue to pump these out as often as we can.

This week we have a great book written by a staffer, an awesome new podcast, and a review for a highly anticipated game.

Jonah Gregory hasn’t written a ton recently for SideQuesting, but whenever he has it’s been some amazing work. Lately, his passion has been creative writing, championing SideQuesting’s past NaNoWriMo efforts. He’s been doing comics for ages, putting out a fun, family-friendly graphic novel with his (also incredibly-talented) brothers, Here There Be Robots. Last year he published his first book, Beatrice Abandons Ship, and I highly recommend checking it out.

When Beatrice’s ship is invaded by an unwanted guest, she is forced to abandon her delivery. She finds herself on a world that is fully automated and ruled by a mysterious AI.

Jonah has also started working on a brand new podcast. He’s a writer on the great Sayer show, which puts us into a whimsical future full of… well, I won’t spoil it. Just listen.

Synopsis: Sayer Episode 2 – There are no bees on Typhon
From: Sayer

Now that you are mostly back to full capabilities, it is time for your first day of work on Floor 72.  But before you get there, you have plenty to learn about safety, security, economy, and motation in Halcyon Tower.

Want something a little more video game related? Steven‘s been pumping out a lot of freelance work over the last few months, and his biggest may be a fantastic review of Infamous: Second Son for Ars Technica. I’m much more excited about picking up the game after reading it.

That’s the tagline for Infamous: Second Son. Before the game is even in the system, it’s clear that this is a game focused on pure fun—not frame rates, resolution concerns, or marketing buzzwords like “immersion.” It’s about simply enjoying yourself, a point repeated over and over through the powers you wield, the characters you meet, and the central protagonist of Delsin Rowe.

Eric is also teaming up with Steven on a few projects, notably the great video show they do together, Steven and Eric’s Lazy Sunday Gaiden. If you haven’t checked it out yet, please do! It’s fantastic to have on during those long Sunday afternoons.