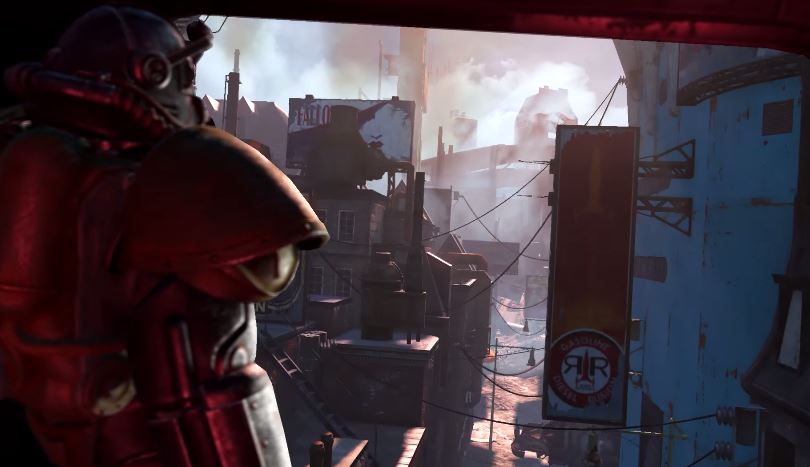 I’ve been waiting to type that into an article post for years, hoping that it wouldn’t be as a joke or rumor. Well, no more! Bethesda Softworks officially took the wraps off of the game today, revealing the rusty world beneath.

Fallout 4 is set in Boston, as evidenced by scenery depicting landmarks and the famous Scollay Square. The rumors of the game’s locale had floated around the web for years, possibly since shortly after Skyrim launched. Taking the helm again is Game Director Todd Howard, who helped bring both Fallout 3 and Skyrim to the masses.

The trailer was completed using the in-game engine, and shows a dog rummaging through a collapsed home. Flashes of a world that borrows both mid-century futurism is set amidst its stark, post-apocalyptic reality. We see a hopeful world turned to dust in the wake of an atomic explosion, and humans replaced by mutants, beasts, robots, and scavengers.

Yup, this is Fallout!

No release date was given, but the game looks fairly polished already. Heck, it’s been four years since Skyrim! More will be revealed about the PS4, Xbox One and PC game during Bethesda’s June 14th E3 press event, but for now watch that video and glare at the screen caps we’ve collected for you, or peruse the official website. 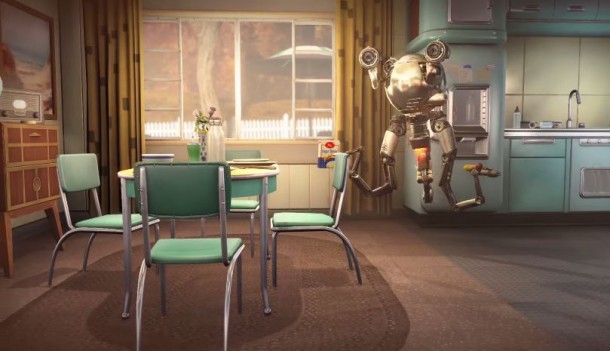 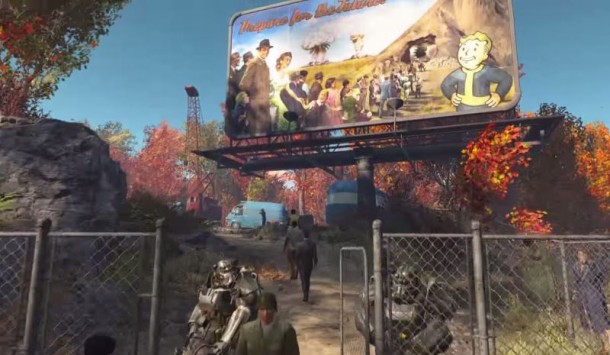 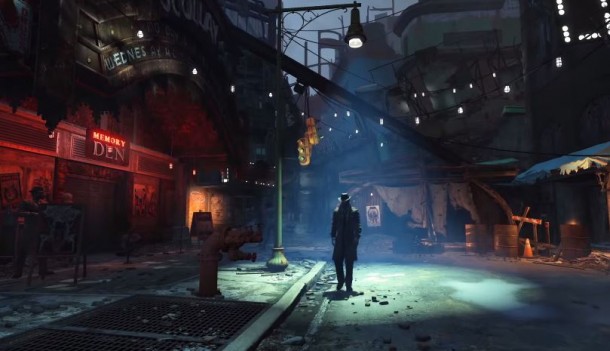 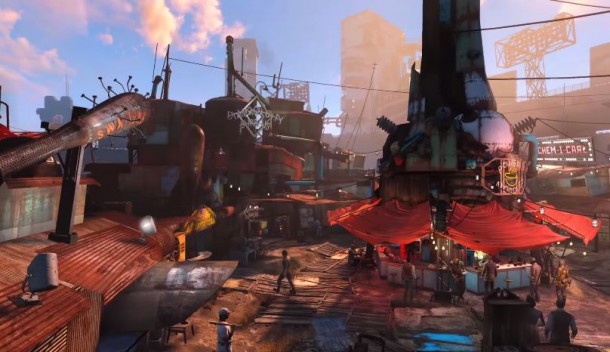 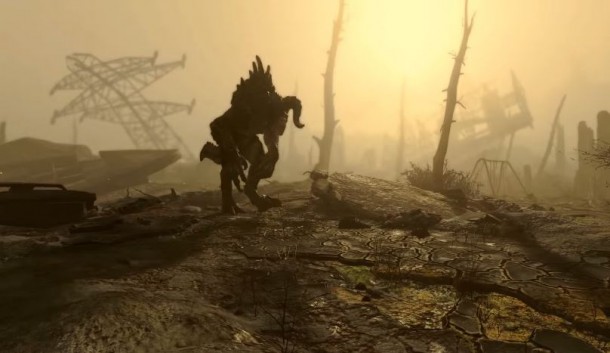 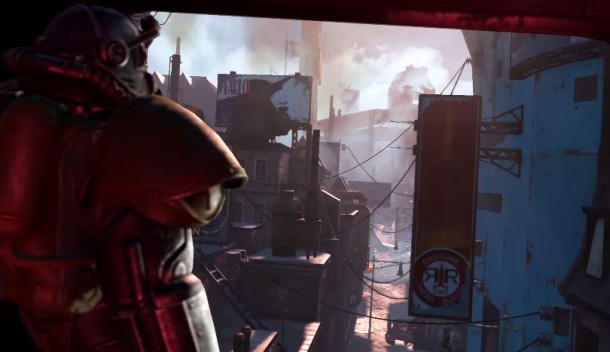