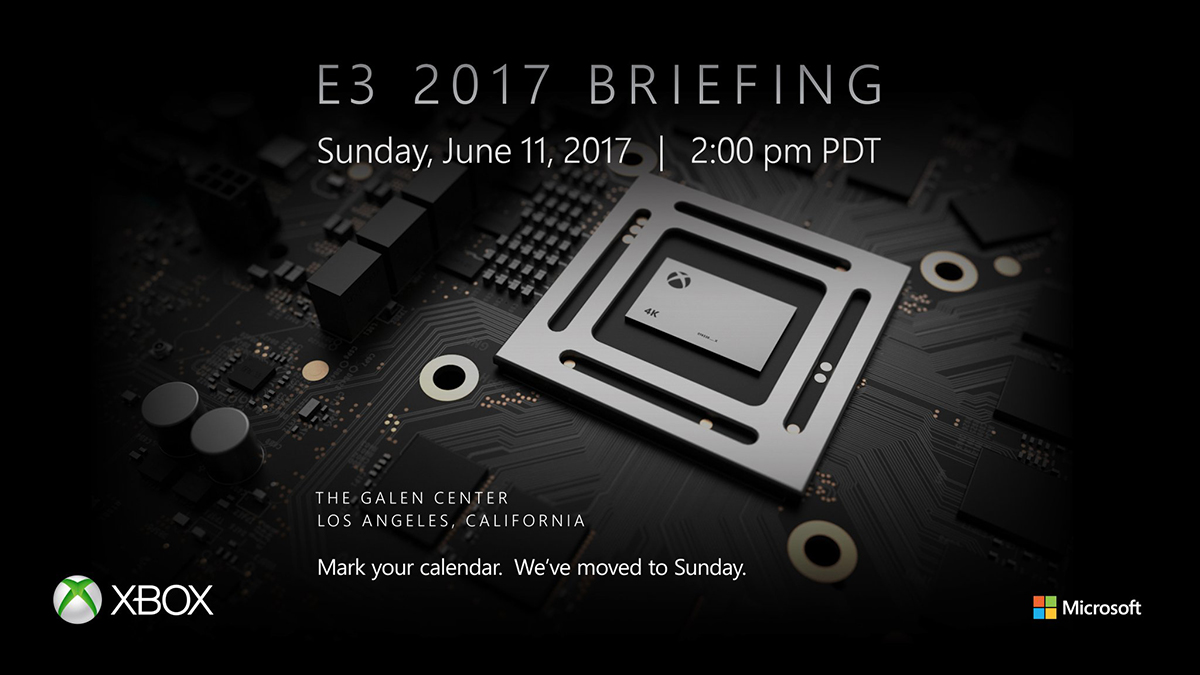 This year’s E3 is shaping up to be a big one for the gaming industry. First we had the inclusion of more public interaction, and now Microsoft has announced a new date for its annual press conference.

This year the Xbox E3 2017 Briefing will take place not on the usual Monday morning, but during the day before. There could be many reasons that Microsoft shifted the date of its event to Sunday, but one perhaps stands above all: Scorpio.

With both Electronic Arts and Bethesda hosting events during the Sunday leadup to E3, and showing new content at both, some of that will definitely be aimed at the next generation Scorpio gaming machine. Microsoft will need to unveil the machine prior to those events, so the Sunday reveal is timely.

Could a secondary reason be related to the now public-facing side of E3? With more attendees on the show floor, more time will be needed for attendees to see the content. While the show has typically opened its doors at noon on the Tuesday of the show, perhaps an earlier start time would be optimal. That would interfere with Nintendo’s typical Tuesday morning press event, which would need to be pushed to the busy Monday.