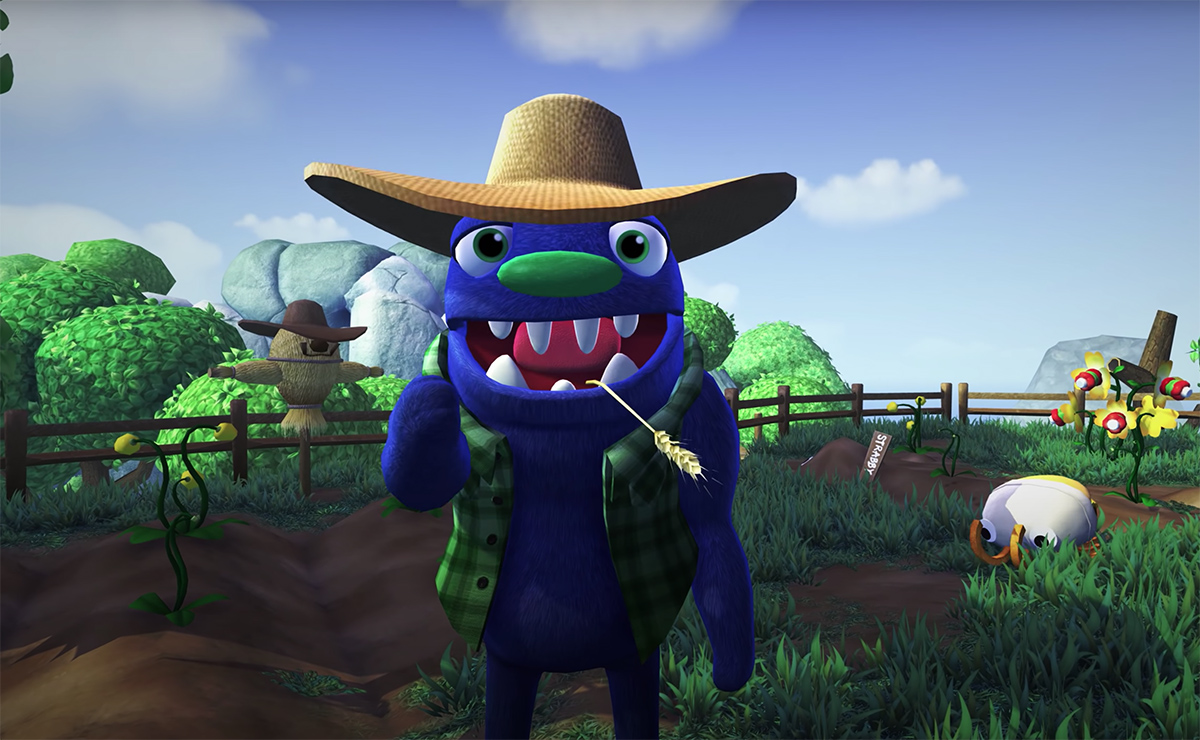 We’ve been chatting about Bugsnax (talkin’ bout Bugsnax?) over the last few months since its announcement, and its been working its way into our brains like a worm. A GUMMY worm.

But the whole time, though, we didn’t really have an idea about what the game actually played like. Thanks to a new trailer posted during the most recent State of Play, we now do.

Bugsnax will put players in the role of a journalist working for a mean-spirited boss, C. Clumby Clumbernut, sent to, uh, journal Snaktooth Island and discover why famed explorer Elizabert Megafig has gone missing. As the players make it to the island, they’re greeted by others who have followed Megafig in search of Bugsnax, the little creatures that we eat and augment our appearance with. Players will hunt the Snax, solve NPC’s problems, and search for Megafig.