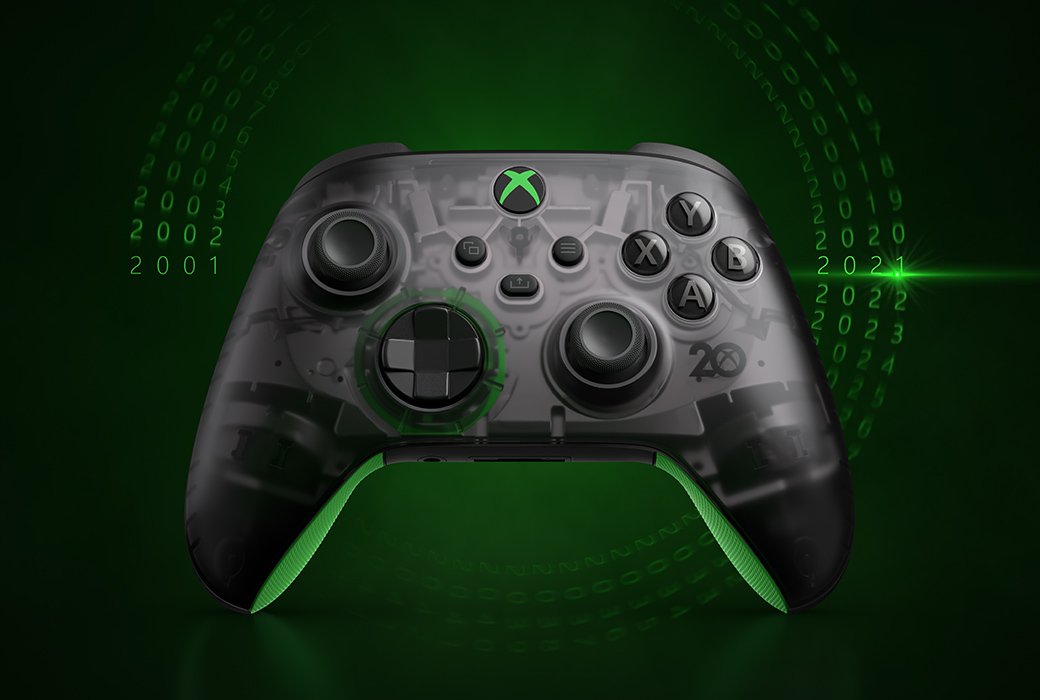 It’s certainly a year full of big anniversaries in the gaming industry, and far be it from companies to capitalize on that fact. Microsoft is celebrating the 20th Anniversary of the Xbox, which launched on November 15th, 2001 in the US, with a slew of products and partnerships.

The tech giant has partnered with apparel company adidas to launch a new line of shoes and clothing throughout this year and next, kicking it off (Get it? “KICKING?!” Ha, I love being an editor.) with a limited edition Xbox 20th Forum Tech shoe design. This sneaker features a classic design with bright fluorescent and translucent green details harkening back to the original Xbox console that came in a translucent Halo edition. Later in the year the company will also reveal an XBox sneaker that will be more readily available for fans to buy, while also dropping clothing within the collab.

Microsoft really hopes you liked those translucent days, because they’ve also revealed a 20th Anniversary Special Edition controller, which features a translucent body and bright green accents. It’s like 2003 all over again! Once connected to an Xbox, the controller will make available a special 20th anniversary theme for players to own. The controller is $69.99 and available for preorder now.

The company is launching a similarly themed anniversary headset, with translucent discs and green accents, and some little 20th Anniversary logo details adorning the outside. It will also retail for $69.99 and is available to preorder.

Finally, GAMERS like candy apparently (yes we do!) and so Xbox is teaming up with Trolli to launch Xbox-themed snack packs that contain a month’s Gamepass code, alongside 20 special edition Xbox Series S consoles with an in-your-face neon pink and blue Trolli theme. Gummi worms, baby!