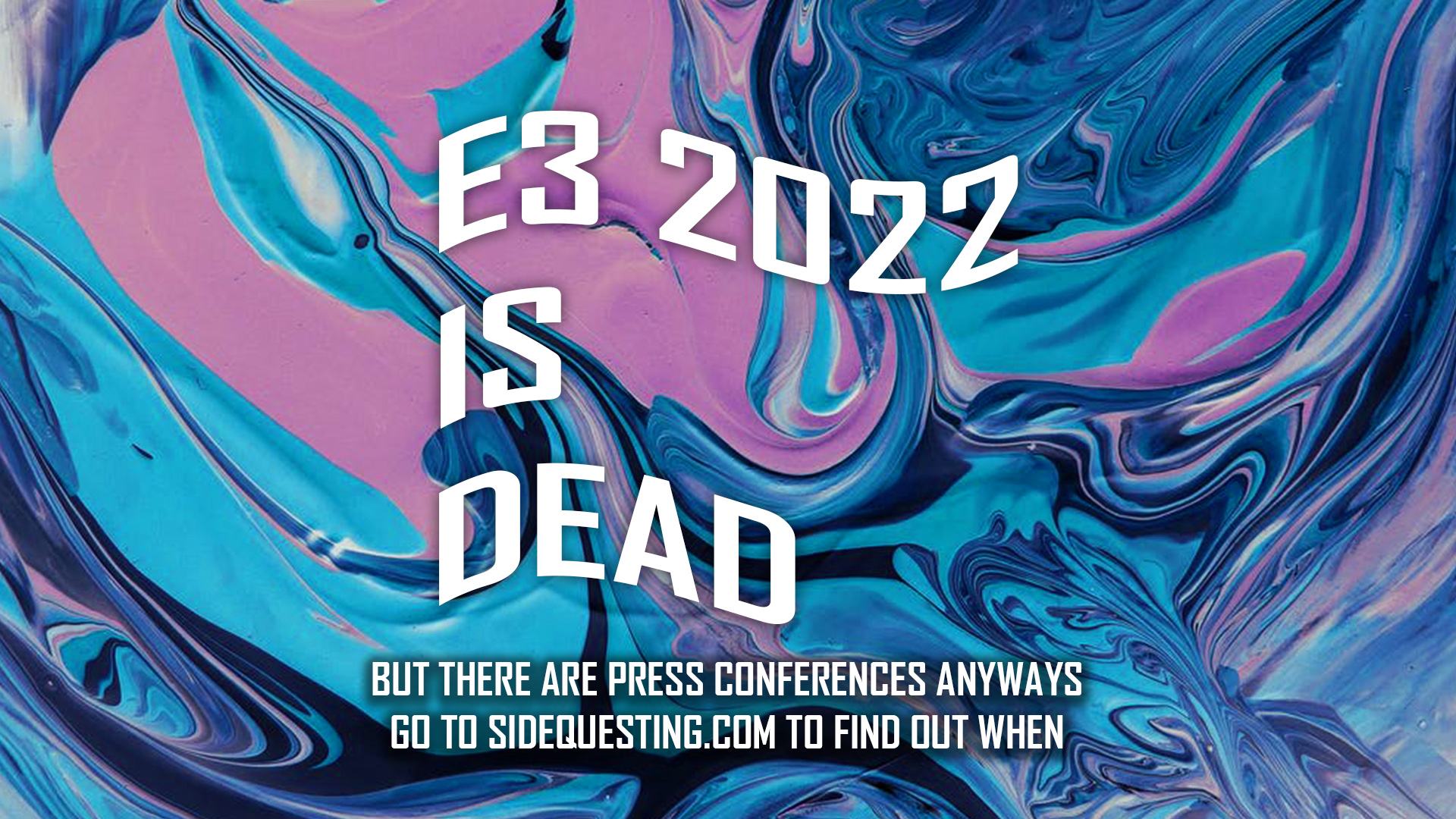 It’s totally not E3, you guys! We promise!

Well, this is awkward. E3 2022 is not happening. We know! That’s what we were told! And things like Summer Game Fest and Summer of Gaming and everything else popped up in its absence to try and capitalize.

But guess what? Press conferences and live streams are still being announced! FOR THAT SAME WEEK!

IT’S A COMPLETE MESS. Jeff was right. This is wonderfully chaotic and unorganized. But whatever! School’s out this week for most kids, so it’s perfect time to get our hearts hyped and our wallets a-crying. We’re ALREADY been doing a hell of a job providing the BIGGEST and MOST COMPLETE list of events over the next few weeks & months, so feel free to check it out and keep up to date with all of the happenings. It’s a doozy again!

Capcom has announced the very originally titled Capcom Showcase 2022, taking place June 13th at 3PM PT/6PM ET. It’ll livestream on YouTube and Twitch. It’ll last for 35 minutes, and likely focus on items like the recently revealed Resident Evil 4 remake and Monster Hunter Sunbreak. But we should expect some surprises, too. Dragon’s Dogma 2, anyone?

SEGA has decided to piggyback off of that, uh, glorious first look at the Sonic Frontiers footage and announce a Sonic Central showcase airing June 7th. It takes place at 9AM PT/12PM ET and will give updates on some of the upcoming Sonic stuff coming down the pipe, like Sonic Origins, the new Sonic cartoons (and maybe third movie?), probably some clothing and shoes, and that aforementioned game above. Watch on YouTube and Twitch.

Devolver Digital is back, baby! And yet again they’ve mastered whatever the hell it is that they do in their press stuff. They’ve announced the Devolver Digital Marketing Countdown to Marketing which is absolutely perfect. Their annual showcase takes place on Thursday June 9th at 3PM PT/6PM ET as a part of Summer Game Fest. Watch it on Twitter, YouTube, Twitch, or wherever else!

Finally, Microsoft is giving even more gaming goodness in its week of celebration, revealing an Xbox Games Showcase 2022 Extended event taking place on June 14th at 10AM PT/1PM ET. The event will show off some more/extended trailers and gameplay sessions for the reveals coming Sunday. Watch on all platforms. Source/info: Microsoft