Ed Boon and Netherrealm Studios officially unveiled Mortal Kombat X today with a new trailer to showcase it. I’m of the mind that Ed Boon and his gang aren’t the kind of people who but something in a trailer unintentionally, so here are some things I think we can expect in MKX based on the trailer.

I’ve coincidentally been playing Mortal Kombat lately, so maybe I’m just being wishful and seeing patterns where there are none, so I’ve cautiously ranked my predictions gleaned from the trailer based on my level of confidence.

These predictions will contain spoilers for 2011’s Mortal Kombat.

If you didn’t play the previous Mortal Kombat, you’d be forgiven for not being surprised by the appearance of Sub-Zero in this trailer. Sub-Zero is an absolute mainstay of Mortal Kombat, so it’s obvious he’d be in the marketing material. However, by the end of 2011’s Mortal Kombat, there was no more Sub-Zero, at least in this form. The elder Sub-Zero brother died and became Noob Saibot, while the younger was turned into a cyborg with the rest of the Lin Kuei. So who is this guy?

Well, MKX’s official website says the new game “the ability to choose from multiple variations of each character impacting both strategy and fighting styles.” This line has me convinced that MKX will feature some kind of alternate dimension/time travel business to get back some of the many, many characters that were killed off in MK9.

I’m imagining that this “multiple variations of each character” line will manifest itself in the select screen in addition to the story. I’m expecting to highlight Sub-Zero and then select between a Sub-Zero from a dimension that never died, Cyborg Sub-Zero, and whatever other versions they might jam in there. 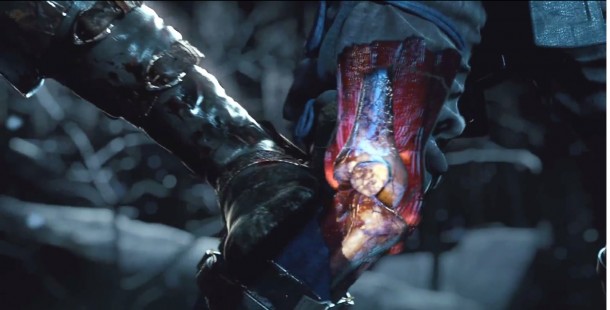 This one is basically guaranteed. Scorpion does his teleport move and cracks Sub-Zero in the knee and we get an X-Ray view of it. The X-Ray supermoves introduced in MK9. Boom. That’s it. 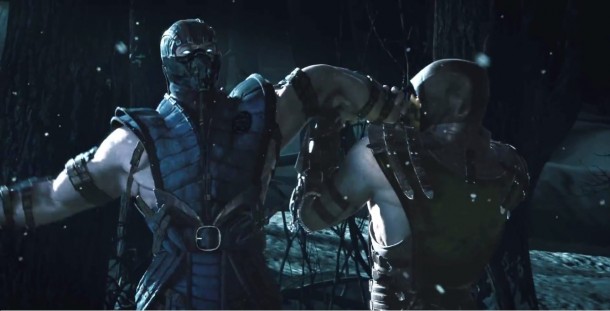 At around 33 seconds into the trailer the camera dramatically and pointedly zooms in on the two ninjas fighting. Specifically, it zooms in when the two are tangled up and grappling with each other, trading blows while still being right next to each other. I immediately was reminded of Klose Kombat from MK vs. DC Universe. That system let fighters grab their opponent and press different face buttons on the controller while the other player tried to predict which button in order to dodge. If the players pressed different buttons the initiator would land a hit. If they pressed the same, the defender would land a counter.

This one could definitely just be cinematic flair to highlight the specificity of the bone breaking, so don’t count on this system returning in MKX. 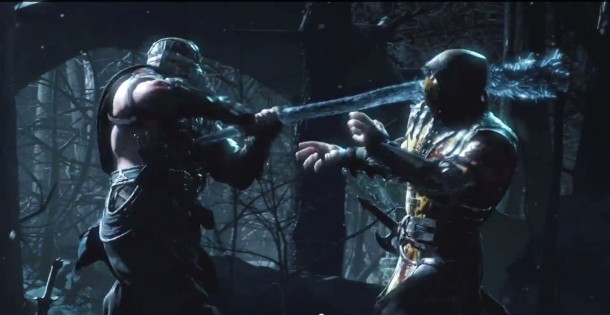 Mortal Kombat has always had a proud history of interactive environments. They’ve usually been limited to either stage fatalities, like the classic spike pit or my favorite subway, or to knocking opponents through walls in multi-part stages. This trailer hints at a higher degree of interactivity to me. The way Sub-Zero cracks Scorpion with a tree branch, throws him into a stump, and swings from a tree for a kick seems like more than just ‘cool stuff for a trailer,’ to me and suggests environments will play a big part in fights. 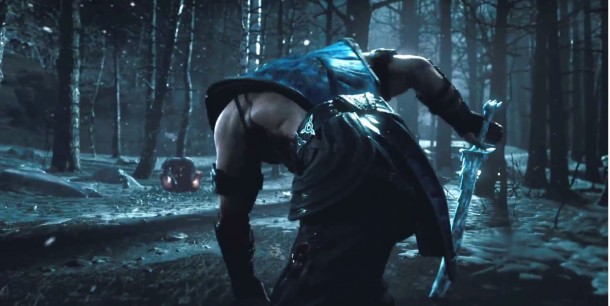 In addition to cracking Scorpion in the face with a weaponized tree-branch, Sub-Zero also pretty pointedly pulls an ice-sword on his enemy. Now, combine that with the quote from before about variations in fighting and styles, and I think weapons and switchable styles might make a return.

Introduced in Mortal Kombat: Deadly Alliance and expanded upon in Deception, styles let characters switch between different methods of kombat mid-fight. Sub-Zero, for example, was able to utilize Shotokan and Dragon styles, each with their own unique combos and movesets. Most characters had a dedicated weapon style as well, where you wielded a sword or other weapons at all times while in that style.

Now, weapons often come into play outside of the styles in those two games. In MK9, Sub-Zero would conjure up an ice sword for little more than his basic strong-punch combo, let alone fatalities or something fancy. It’s entirely possible that this is the case for this tease, so, like all these predictions, take this with a grain of salt.