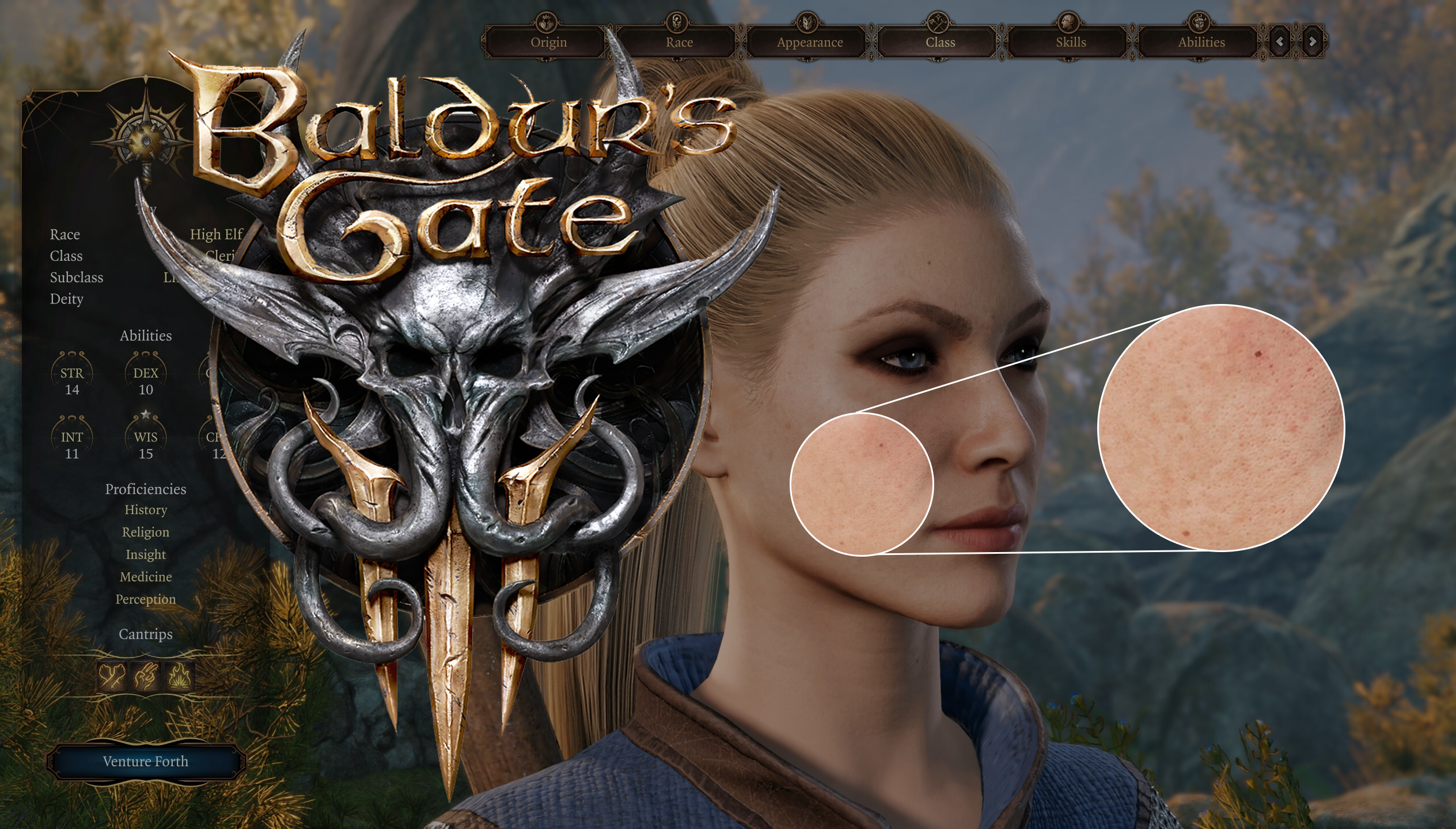 The hugely anticipated sequel to one of PC gaming’s most beloved RPG’s is getting a major facelift.

The character creator shown of by Larian Studios in their latest update on Steam is quiet impressive not only for the amount of options you have for the aesthetics of your character but for the actual quality of the model from the top of your head to the bottom of your feet.

In BG3 you can start your journey by choosing your race, subrace, background and class. In certain cases you also get to choose a subclass, perhaps a deity. These choices will ripple out across the story, affecting how you roleplay throughout the game.
You’ll assign points to your 6 abilities (Strength, Dexterity, Constitution, Intelligence, Wisdom and Charisma). Then you’ll decide which of the various skills in the game you’re proficient with (eg. Acrobatics, Deception, Stealth). Last but not least, you customise your appearance and how your character presents to the world.
Will you be a beast taming mage-breaking charlatan halfling ranger with a toxic frog as a familiar, or a noble githyanki eldritch knight who let herself be seduced by the Absolute, with the ability to psionically drag her enemies towards her. Or, will you go for a more traditional tiefling warlock who made a pact with the devil? The choices are endless!

It’s an amazing attention to detail to something as small as character creation that makes me so excited to see what Larian does with the game on a mechanical and story level. This is the first thing you see when you’re starting the game and that impression of immense detail will, hopefully, be seen throughout the whole experience