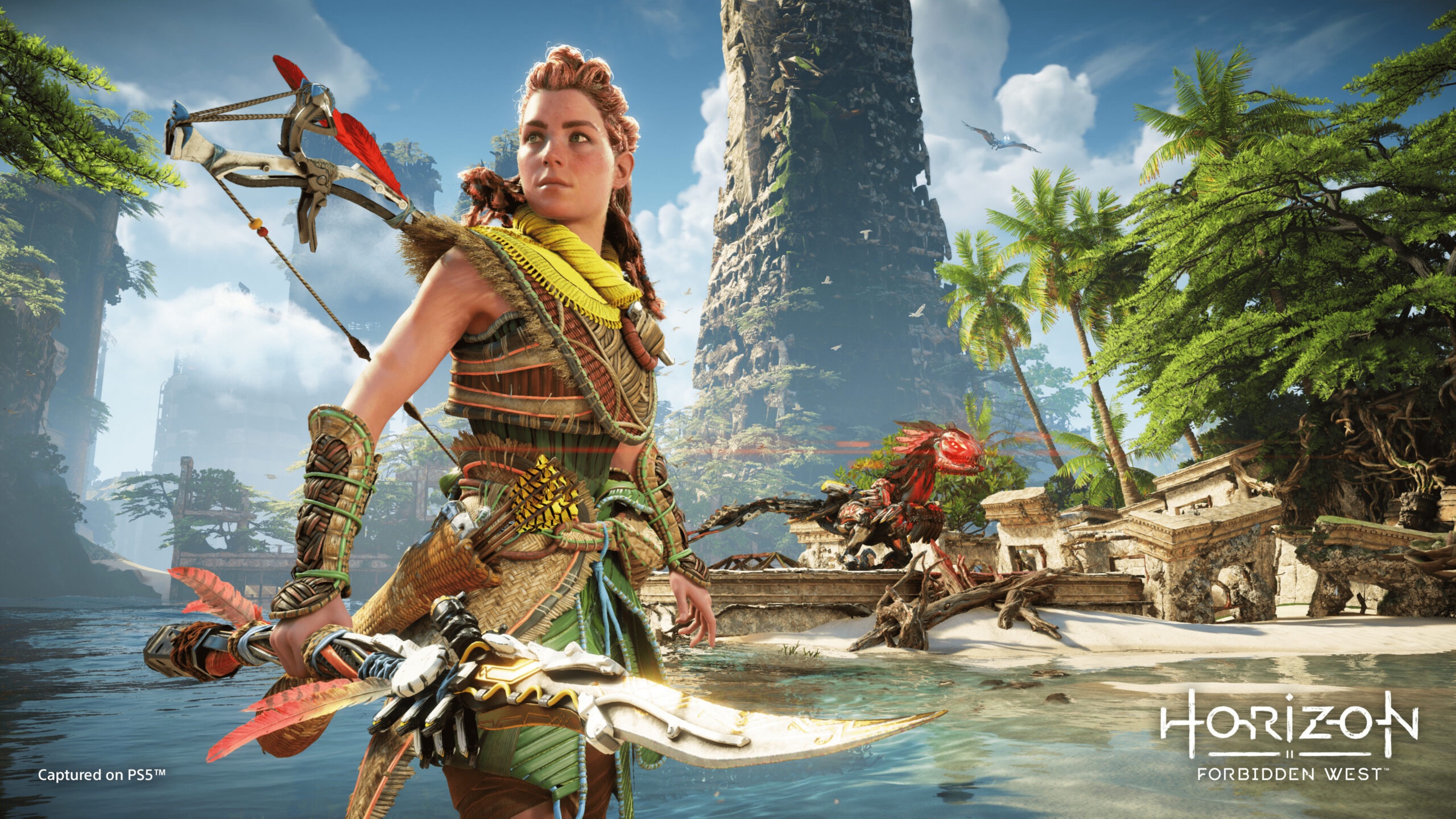 Nearly 14 minutes of action from the upcoming game

During the latest State of Play, Sony and Guerrilla Games debuted the first full gameplay of the upcoming action adventure game Horizon Forbidden West. The game will serve as a direct sequel to one of the best experiences on the PS4, and push hero Aloy further into what remains of California territory.

The visuals look stunning, obviously, but that may be par for the course — Sony’s latest round of Playstation games these last two generations seem to have hit a specific aesthetic, mixing photo realism with HDR and high color hues. Metal looks like really shiny metal, grass looks like it’s been watered all week, and even the dirt looks richer than what you’d find in a quarry. But, that’s okay, we’re not complaining. Sony knows what it’s doing in letting Guerrilla Games go to town with the PS5 hardware.

Though they look great, the visuals aren’t the centerpiece of the new Horizon game. Instead, the multitude of ways that players can traverse the terrain and interact (and battle) are perhaps center stage. Aloy can now use a sensor to determine climbing points, letting her get to higher ground. She can also equip a breathing mask to descend into the depths of the water around her. She can even drop down with a special umbrella-like “wing” that lets her paraglide a bit to new areas.

Battles are equally enhanced, especially with a new array of weapons (like a handy spear, sling shot, or special arrows that attack weak points) that can change how she approaches her enemies. In fact, she can even drop a smoke bomb if she doesn’t want to approach them at all.

While the game looks terrific, and is set for both the PS4 and the PS5, the dev team opted not to drop a release date yet. This is likely due to the ongoing effects of COVID, as you only reveal dates these days of you absolutely, positively know that a game will be ready.