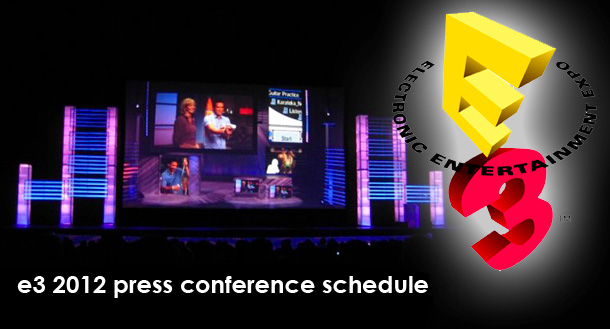 It’s about to hit a fever pitch. PAX East just passed by, GDC and DICE have been over for a couple months, and Gamescom isn’t until August. That means that there’s only one event circled on our calendar’s right now: E3 2012. The behemoth of video game shows returns the week of June 4th to keep us sleepless for 5 days straight as we enjoy the explosion of gaming news and reveals.

There are a ton of ways to keep up with the press conferences on different places online and on TV. On Twitter, the hashtags in use will be #E3, #E32012, and #E3Expo. SideQuesting will have our own hashtag for Twitter use, so play along with us: #SQE3. Follow @SideQuesting for all of the up-to-date info, as we’ll be posting our shenanigans from the conferences and show floor all week. You can even follow the official E3 Twitter account: @e3expo

As soon as the video streams are announced, we’ll have those on here as well.

[Convert to your local times online by clicking here]