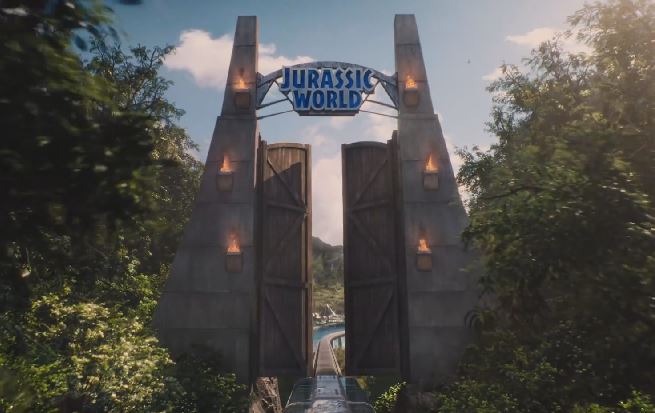 You can have your turkey, I’ll be eating raptor. Or maybe eaten by one.

Initially due to debut during football on Thursdaygiving, the first official trailer for Jurassic World has been unleashed, and along with it many dinosaurs.

Chris Pratt, of Guardians of the Galaxy fame, is set to star in the film, the fourth in the series. Picking up as a direct sequel set ten years or so after the events of the previous film, the movie centers on man toying with DNA to create new species of dinosaur, hoping to revitalize the park.

It looks pretty alright, if I can say so myself. I’m not sold on Pratt’s acting in the clip, but it’s far too early to really even think about that.