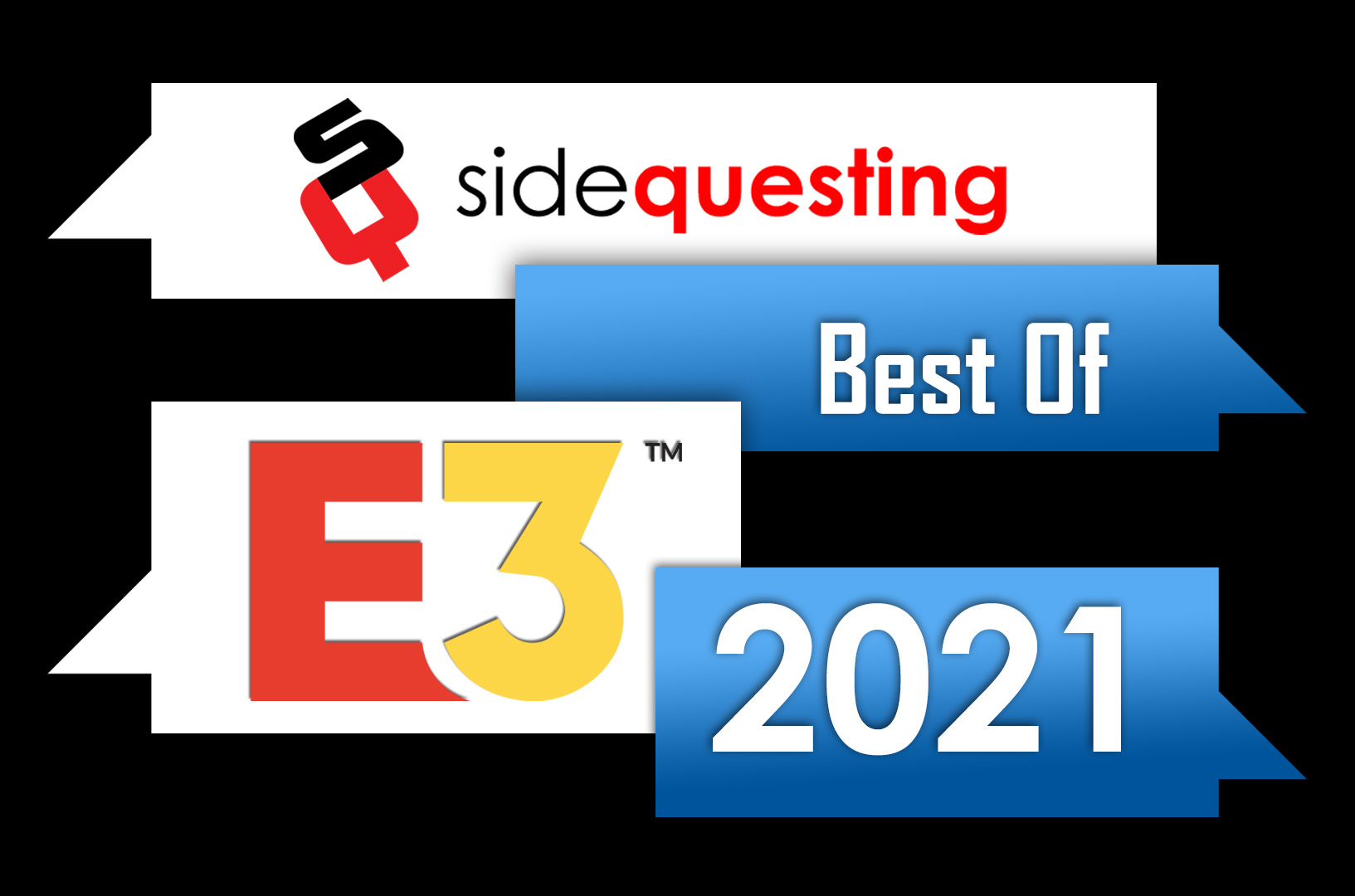 It’s been a while since we were able to say “Best of E3” but we did it! We’re back! E3 actually happened this year! The team crunched their heads together and have chosen our favorite games of the show. What are we most excited about? What surprised us? Here to answer all of those questions and more are the selection of SideQuesting’s BEST OF E3 2021!

The upcoming game from Jumpship and PlayDead’s former CEO Dino Patti is a moody, dark, tense affair, pulling a family to its limits as they try to survive a seeming apocalyptic tragedy. The game is due in 2022 for Xbox and PC.

We’re finally getting a new Metroid game, and it’s a 2D classic that’s been 19 years in the making. Developed by Mercury Stream, the game will cap the long history between Samus and the Metroid aliens. Metroid Dread is exclusive to Switch later this year.

Developer Sad Cat Studios and publisher Coatsink are really pulling on our nostalgia strings with their 2.5D action platformer Replaced. The game takes ideas from Flashback and Another World, adds in stunning lighting and pixel art, and wraps it in a futuristic world that feels part noir and part cyberpunk. Comes to PC and Xbox in 2022.

SMTV looks like it’s taking elements of SMT3 and 4, and even sprinkles in some Person (which spun off of the series, coincidentally) in what may be a psychological, self-indulgent demon slaying RPG unlike any other. Coming to Switch this year.

The Legend of Zelda: Breath of the Wild sequel

Hnnnnngh! The teaser for the next Zelda game, a direct sequel to BOTW, is as atmospheric as it is mysterious. Nintendo isn’t pulling any punches, but it also isn’t giving us more than just a taste. It’s planned for a 2022 release, hopefully.

There are a lot of wild concepts in Death Trash. There’s trash, there’s death, and there’s a giant alien in a blood trash swamp. It may be a little existential, too. it’s coming to Early Access on Steam in August.

From a massive new location and open world (Mexico!) to all new features online and offline, the next Forza Horizon game will take arcade sim racing to entirely new levels when it launches this November for Xbox and PC.